Juventus striker Cristiano Ronaldo addressed fans, urging them to take the coronavirus problem seriously. According to the five-time Ballon d’Or winner, “the world is going through a difficult period, and the utmost care and attention is required from all of us now.”

“Today I am addressing you not as a football player, but as a father, son, a person concerned about the latest developments that have swept the whole world. It is important to follow the recommendations of the World Health Organization (WHO) and the authorities on how to deal with the current situation, ”wrote Cristiano Ronaldo on his instagram.

“The protection of human life must be above all else. I am mentally with everyone who has lost loved ones, and I want to morally support those who are fighting the virus, like my teammate Daniele Rugani, as well as all medical workers who risk their lives to save the rest, ”said the star footballer.

According to WHO, as of March 13, more than 132 thousand cases of infection with a new coronavirus in 123 countries and foreign territories have been registered in the world. The number of deaths has exceeded five thousand .Premier League, Ligue 1, Champions League and Europa League halted due to coronavirus

The English Premier League, French Ligue 1, Champions League and Europa League have been suspended due to coronavirus. Earlier, Italy and Spain announced the termination of matches of their football championships.

On March 17, a video conference will take place with representatives from all associations, members of the European Clubs Association (ECA) and representatives of the International Federation of Professional Footballers’ Associations (FIFPro). On it, according to L’Equipe, they should announce the postponement of Euro 2020 to the summer of 2021.

Premier League, Championship, Ligue 1 and Ligue 2 are suspended in England and are expected to resume on 4 April.

Football championships of all levels have been interrupted in France. Moreover, for an indefinite period.

In addition, the championships of different countries in many sports have been suspended: hockey – NHL, basketball – NBA, Formula 1 – Australian Grand Prix, etc.

It has been announced that matches will be held in closed stands: in the German Bundesliga, the RPL (I will allow up to 5,000 people to play in Moscow), as well as in the KHL. However, changes are possible here as well.

According to the latest data, 128,343 cases of coronavirus infection were recorded worldwide. 4,720 people died. 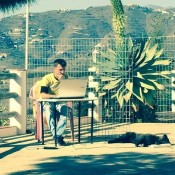